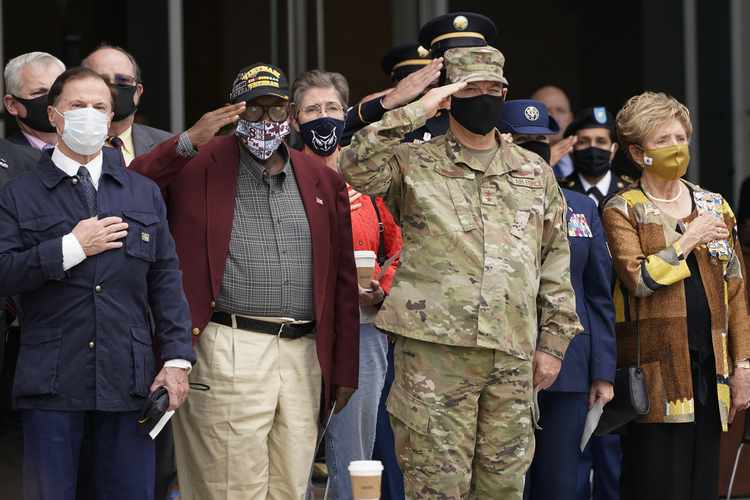 We hope the incoming administration makes honoring our veterans a priority, not just today but all year long. President Dwight D. Eisenhower created Veterans Day to show the same commitment to veterans that he showed our troops during World War II.

Our veterans are our noblest citizens; they are not losers or suckers, as the president has said. Yet too many who helped preserve our freedoms wind up homeless, or even more tragically, take their own lives.

Two years ago, John Scott Hannon, a decorated veteran of 23 years and a former top-ranked Navy SEAL platoon commander, died by his own hand as a result of his invisible wounds of war. We wish we could say this was an isolated case, but the fact is that among those who have served, suicide is more lethal than the battlefield.

In the last 14 years, nearly 18,000 Americans died while on active duty in the military. During that period, 73,000 veterans took their own lives. Moreover, veterans who were homeless at any point in their lives were 75% more likely to die by suicide compared to other veterans. More than two-thirds of the veterans who took their own lives had no recent contact with the U.S. Department of Veterans Affairs (the VA). That fraction is certainly much higher for veterans experiencing homelessness.

Suicide prevention is the top clinical priority of the VA, which has requested an additional $76 million for suicide prevention in the coming year. Its efforts, and those of the U.S. Department of Housing and Urban Development, are reducing suicide and improving housing stability.

In 2018, the VA introduced universal screening for suicide risk in all primary-care settings, evaluating nearly 4 million veterans in the first two years. Veterans, particularly those experiencing homelessness, are unlikely to engage in therapies requiring regular visits, so the VA has pioneered a 20- to 40-minute intervention program to develop coping strategies and reduce access to potential suicide methods like firearms and drugs.

Homelessness is a key predictor of veteran suicide, but the good news is that programs are working. Between 2010 and 2017, 600,000 veterans and their families have been housed or prevented from becoming homeless.

Although we applaud these efforts, there is much work left to be done, and every single day, not just on Veterans Day.

The Commander John Scott Hannon Veterans Mental Health Care Improvement Act of 2019 sits on the president’s desk awaiting his signature. Among other things, this legislation directs the VA to create a job description specific to this problem for mental health counselors, expands funding for suicide prevention, and increases access to cognitive behavioral therapy.

Commander Hannon was born to a life of service to country to parents serving in the diplomatic corps. His own, ultimately fatal, invisible wounds of war animated his fight for mental health services for all veterans. Veterans Day is an appropriate time for us to reflect on the sacrifices of all service members and for us to recommit to providing veterans the care they deserve when they come home.

In Ike’s words, “Let us solemnly remember the sacrifices of all those who fought so valiantly, on the seas, in the air, and on foreign shores, to preserve our heritage of freedom.” But on that day and every other day, let Americans “pay appropriate homage” to our veterans by providing them with the housing, resources, and support systems they need and deserve.

Signing the act won’t accomplish all of that, but it would be a good faith gesture, and a tiny step in the right direction.

Christopher R. Fee is a professor of English at Gettysburg College.