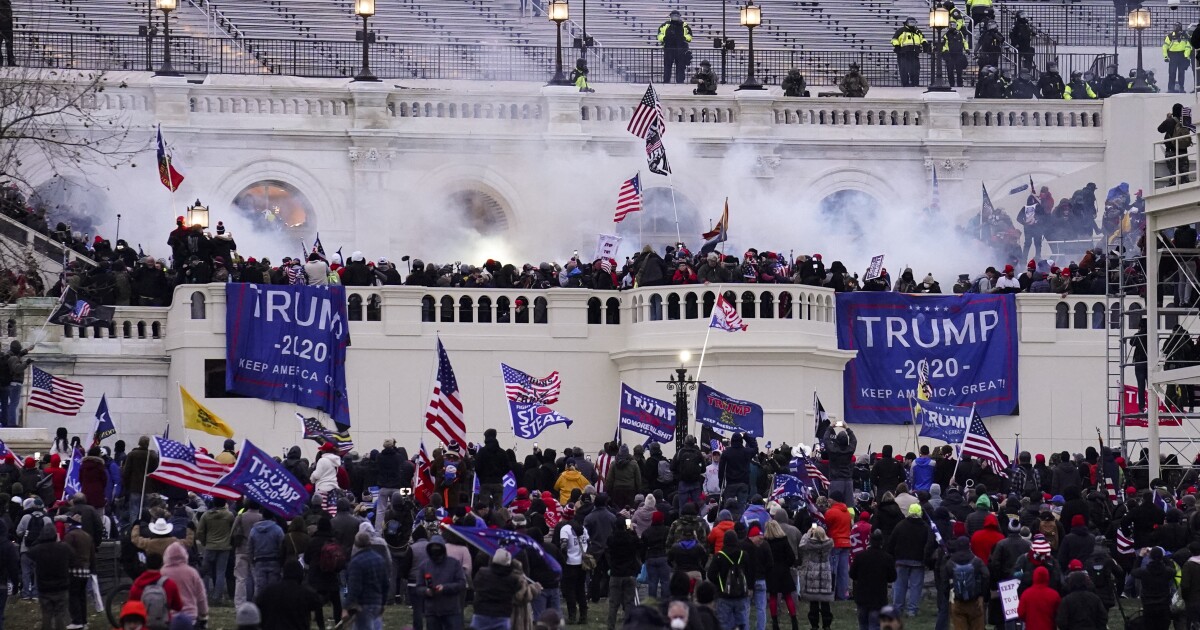 A Republican West Virginia lawmaker defended his presence among a mob of protesters breaking into the U.S. Capitol Building, claiming he was acting as a member of the media and filming history.

“I want to assure you all that I did not have any negative interactions with law enforcement nor did I participate in any destruction that may have occurred,” Del. Derrick Evans, R-Wayne, said in a statement. “I was simply there as an independent member of the media to film history.”

In his statement, Evans said he traveled across the country to film many events over the past few years and had the opportunity to do so again in Washington. Evans was seen standing among a mob of protesters who were breaking through the doors at the Capitol in a video he took and posted to his social media accounts.

Evans can be heard yelling “we’re in” as protesters successfully opened the Capitol building’s doors and chanting “move, move” with the crowd as protesters began entering the building. Evans followed them through the doors and entered the building as an alarm was going off.

Evans also can be heard saying “patriots inside, baby” and chanting “U-S-A” while inside the Capitol.

The West Virginia Democratic Party called for Evans’ immediate resignation from the House and said he should be prosecuted to the fullest extent of the law.

“West Virginia Delegate Derrick Evans was among the violent mob that stormed the U.S. Capitol in Washington, D.C. today to disrupt the certification of the presidential election,” Democratic Party Chair Belinda Biafore and Vice Chair Rod Snyder said in a statement. “He must be held accountable for participating in an act of insurrection against the United States government and risking the lives of lawmakers and Capitol police.”

House Speaker Roger Hanshaw, R-Clay, denounced the Capitol break-in and said Evans will have to answer for his involvement in the day’s events, but he stopped short of denouncing him. In his statement, Hanshaw said he has seen only what was posted in the video, and he expects more details to soon become available.

The West Virginia Republican Party also denounced the break-in and condemned the violence.

“While the right to peacefully protest is sacred and a cornerstone of our Republic, there is no room for violence,” West Virginia Republican Party Chairwoman Melody Potter said in a statement. “… The senseless acts of violence displayed at the Capitol today distracts from the major issue of election integrity. May God continue to bless the United States of America.”

Protesters gathered in Washington to support President Donald Trump, who spoke at a rally near the Capitol. Supporters were protesting the congressional recognition of President-elect Joe Biden’s defeat of Trump.