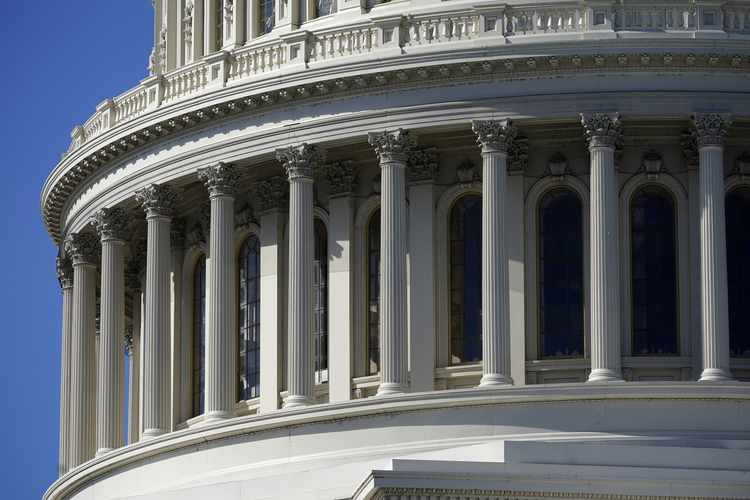 Following last week’s elections, Democrats will retain control the House of Representatives. At the same time, their margin will be considerably smaller than it was in the preceding Congress. Republicans will likely hold between 208 and 212 House seats, placing them within shouting distance of the majority in the next election.

This is first in a two-part examination of the relationship between redistricting/reapportionment and the Congress that will take office in January 2023. It concludes that without any extreme gerrymandering, reapportionment and redistricting alone will likely cost Democrats their majority, even before taking into account the national mood or the general tendency toward midterm losses for the party holding the presidency. Of course, litigation may change the calculus, but absent court losses in Pennsylvania, North Carolina, Virginia and Florida, Republicans would likely control the House in the 118th Congress elected in 2022. For our purposes here, however, we will assume that there will be no sea changes in voting laws.

I’ll proceed state-by-state and keep a running tally of the effects of a normal partisan redraw (to wit, one that favors a party, but would not be classified as an aggressive gerrymander) and reapportionment. Because a seat eliminated in reapportionment does not automatically translate to a gained seat for another party, the numbers won’t necessarily add up until the end. We’ll skip single-member states.

Alabama is slated to lose a seat in reapportionment under the latest census estimates. Of course, given the deaths and relocations that COVID-19 has engendered, these estimates may be off; if New York loses two seats, then Alabama may be able to avoid its expected loss. Nevertheless, we will assume the most recent estimates are correct. The one Democratic seat remaining is probably Voting Rights Act protected, so it can’t easily be eliminated. We will also assume that potential bids to add an additional African American majority district in Alabama fail. Upshot: -1R

Arizona gains a seat through reapportionment, and accomplishes redistricting via an independent commission. Democrats currently occupy five of the nine seats in the state, but two of those seats are marginal in their baseline partisanship. With two heavily Hispanic districts arguably mandated by the VRA, it is difficult to add another Democratic-leaning seat without flipping some of the more marginal Democratic districts. Assume another Republican seat is added, though if the commission upsets the proverbial apple cart in the state, that number could grow. Upshot: No net change nationally.

Arkansas: Republicans might shore up the increasingly competitive 2nd District, but no net partisan change here.

California loses a seat in reapportionment, for the first time ever. The independent redistricting commission makes the state unpredictable. Republicans only hold eight seats (pending the outcome in a handful of races) so the party would have to be extremely unlucky to see a seat eliminated. On the other hand, a number of Democrats hold seats that are pretty marginal, which they have retained by virtue of their personal brands. A substantial redrawing could endanger three or four of them. Regardless, assume a Democratic seat is eliminated.  Net change: -1D.

Colorado gains a seat in reapportionment. Democrats control the trifecta (both houses and the governorship) for the first time in decades, though the existing map is a Democratic drawn one that was accepted by the courts, and two of the Democratic-held seats would become competitive if they were weakened in the next redraw. Make it a Republican seat added, while the two Democratic-held seats are shored up: -1D, +1R

Connecticut: Democrats lack the two-thirds majority needed to approve a map, but Republicans are inefficiently distributed in this state. No change.

Florida adds two seats in reapportionment. Republicans currently have the trifecta and have a 7-0 majority on the state Supreme Court. A lot will depend on how much leeway the court gives the majority party in light of a state constitutional amendment limiting gerrymandering. While an aggressive redistricting could probably knock off four Democrats and add two Republican seats, assume the redraw makes the two new seats Republican, and one Democrat finds his district altered substantially.  -2D, +4R

Georgia: With an aggressive redraw, Republicans could probably make the 6th and 7th districts Republican enough to reclaim them. Assume that they instead combine the Democratic portions of the districts into a fourth heavily Democratic district in the Atlanta area, and create a heavily Republican district farther out.  -3D, +5R

Hawaii: No major changes to the 2-0 Democratic delegation here.

Idaho: No major changes to the 2-0 Republican delegation here.

Illinois loses a seat.  Republican strength is now almost entirely concentrated downstate, and Democrats control almost all of the metro Chicago seats. An aggressive gerrymander might be able to eliminate a downstate Republican district while preserving Cheri Bustos’ district in northwestern Illinois and without weakening Lauren Underwood in the Chicago suburbs. One would probably have to “baconmander” Chicago (the term for stretching districts from city cores into rural areas) or perhaps extend Bustos’ district into Springfield. We’re talking about modest maps, so assume Illinois Democrats opt to consolidate their already successful-beyond-intentions 2012 map. Net: -4D, +5R

Indiana: It is difficult for Republicans to improve upon their 7-2 map.

Iowa: No one knows what the commission will do with this already balanced map. Republicans could go 4-0, or 1-3.  Call it no net change: -4D, +5R

Kansas: An aggressive redraw might dislodge Sharice Davids from her suburban Kansas City district, but assume that Republicans instead try to shore up their existing districts. No net change: -4D, +5R.

Kentucky: With their veto-proof majorities, Republicans control redistricting for the first cycle in modern times. They could conceivably split Louisville in an attempt to create a 6-0 Republican delegation. Assume instead that they concentrate on consolidating. -4D, +5R

Louisiana: Gov. John Bel Edwards might try to force the drawing of an additional minority-majority district, but assume that he’s unsuccessful.  -4D, +5R

Maine: Jared Golden may lose as the 2nd District continues to shift leftward, but either way, no net change from redistricting or reapportionment.  -4D, +5R

Maryland: Democrats have supermajorities in the legislature, so Republican Gov. Larry Hogan is irrelevant to the process. An aggressive map could result in an 8-0 Democratic delegation (from the current 7-1), but again, we’re assuming modest map draws with no changes. -4D, +5R

Michigan had 19 districts in the 1970s, but will have just 13 after reapportionment. This map will be drawn by a newly empowered commission. The Democrats’ problem is that they now control all of the seats around Detroit, where a Republican-leaning seat currently held by a Democrat probably has to be sacrificed. Unwinding Dan Kildee’s district in Flint (originally drawn as a serpentine Democratic vote sink) could make it very competitive as well. -1 Democratic seat, for -5D, +5R net.

Minnesota loses a seat. Assuming Republicans hold the state Senate, which seems likely as of this writing, this probably winds up as a court-drawn map. The Democrats control the state Supreme Court, but the problem they have is this: The two districts centered on Minneapolis and St. Paul will have to gain a lot of voters, and those voters are likely to come at the expense of the suburban 2nd and 3rd districts. Those districts, in turn, will have to expand into Republican exurbs and rural areas. -1 Democratic seat for -6D, +5R net.

Mississippi: Assuming a court doesn’t order the creation of a second minority-majority district, no change.

Missouri: The Republican legislature is unlikely to try to improve upon it 6-2 majority.