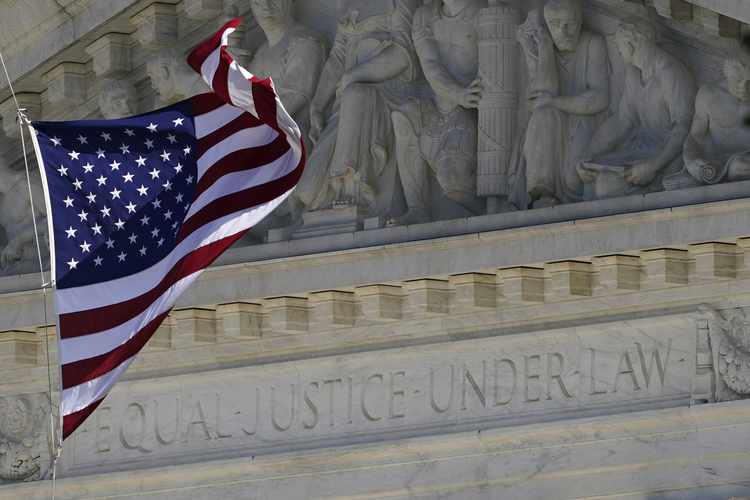 While you were getting ready for Thanksgiving dinner, the Supreme Court of the United States handed down an opinion in Roman Catholic Diocese of Brooklyn v. Cuomo that set the Twitterverse aflame. It decided, on a 5-4 vote, that plaintiffs were likely to succeed on their claim that New York’s COVID plan, as it applied to churches, abridged their First Amendment right to free exercise of religion. (One of the dissenters, Chief Justice John Roberts, dissented on procedural grounds while telegraphing that he was likely to agree with the majority’s reasoning on the merits.)

The firestorm that followed was predictable, if not a bit unfounded. One professor (who has since locked her Twitter account) claimed that the opinion set a precedent that churches could do “whatever TF they want.” Other commentary was in a similar vein, criticizing the majority for failing to follow the advice of public health officials and engendering further COVID spread.

None of this is true, but to see what the court was doing requires a bit of constitutional law knowledge. (As a disclaimer, this is written for a lay audience, so I’m glossing over quite a bit of nuance.)

We should start by observing the stakes on the “constitutional side.” (I suspect the public health stakes are well understood by this point.) Shutting down churches, or limiting attendance at them to 10 people, is a really big deal that strikes at the core of First Amendment guarantees. It’s the equivalent of closing down women’s health clinics or shuttering printing presses. That’s not to say this can never be done – some degree of wartime censorship is probably allowable, and perhaps appropriate. At the same time, if you’re not uncomfortable and cautious when it happens, you should probably reassess some things.

So how do we strike a balance? The Supreme Court ruled three decades ago that the first step in assessing a law that burdens the free exercise of religion is to determine whether it is a “neutral law of general applicability.” For example, imagine that someone wanted to resurrect the Aztec practice of human sacrifice. If the Free Exercise Clause really were allowed to stand for the proposition that religions can do “whatever TF they want,” states would have to deal with this form of murder occurring within their borders. Whatever the Free Exercise Clause demands, it does not demand that.

So, the court has ruled, if a law is neutral in the demands it places on religious and secular activities and applies generally to society as a whole, the law will generally be allowed to stand. Most applications of the “general applicability” rule have been more controversial – for example, there is no carve-out to drug laws for Native Americans who wish to ingest peyote, given that the law is neutral and applies to society as a whole – but this is how the law works.

Much of the controversy here has arisen from people conflating the court’s analysis of this step with its analysis of the next step – whether the distinction is justified. To determine whether the law is neutral and generally applicable, the court examined the burden placed on religions: In a so-called “red zone” of pandemic spread, churches were restricted to 10 congregants, while in an orange zone they were restricted to 25 – and compared it to the burdens placed on secular entities.

Among those groups, businesses deemed essential are entitled to admit as many people as they like. This group of businesses includes factories and campgrounds (the latter being famously the site of multiple outbreaks, at least in Georgia); indeed, the record before the court noted examples in New York City. This category also includes acupuncture facilities, garages and grocery stores, which may be safer but also don’t raise the important constitutional implications present with churches. In orange zones, the court notes, all businesses are entitled to decide for themselves how many people to allow. This differential treatment, notes the court, is enough to find that the law is not neutral and generally applicable.

As others have pointed out, houses of worship have been the locus of multiple superspreading events, although, the court notes, not with Catholic congregations in New York City. But what the court is saying at this point is emphatically not that public health officials must overlook this danger in churches. Instead, the court essentially says, because of the First Amendment concerns, churches are essential businesses. Therefore, to be a neutral law the state much treat churches in the same way as were other essential businesses, especially when other essential businesses that are allowed to set their own occupancy rates have been the sites of COVID outbreaks.

As it turns out – and most of the critical analyses of the decision overlooks this – the court says that governmental actors can do quite a bit. They could, for example, impose an occupancy requirement that is tied to the fire code limitation on the building. In a small corner chapel it might make sense to limit the congregation to 10 occupants. In St. Patrick’s Cathedral, however, it probably doesn’t matter whether 10 or 25 or 100 occupants are present. Though the court does not mention this, presumably concerns about spread during singing or chanting can be addressed through mask requirements and social distancing.

What governments cannot do under this decision is what New York did: Take a blunderbuss approach to a constitutionally protected activity. It can regulate to combat the pandemic, but it must do so carefully and in a way that affords proper respect to the sensitive nature of the activity being proscribed.

Two other areas of criticism deserve mention. First, critics of the decision have observed the lack of interplay between the main opinion and the dissents. A major opinion typically will see the majority at least attempt to respond to the points in the dissent, but that is largely absent here. But we must remember the expedited way this case made its way to the court: an emergency application for relief. These decisions were written in short order, and it frankly appears in the overall quality of the opinion.

Which leads to the second point: People shouldn’t read too much into Justice Neil Gorsuch’s concurring opinion, which I thought was largely ill-conceived and poorly executed. In particular, he notes that “at least according to the Governor, it may be unsafe to go to church, but it is always fine to pick up another bottle of wine, shop for a new bike, or spend the afternoon exploring your distal points and meridians. Who knew public health would so perfectly align with secular convenience?”

This rhetorical flourish has attracted much attention, and deservedly so: The brief time one spends in a wine shop or bike store is probably not enough for the virus to transmit. A better point might be that a wine shop could be filled to capacity without health authorities arriving; indeed, Gorsuch gets at this point in the next paragraph.

The dissent is not without its points. I don’t think the issue is so cut-and-dried that the result is compelled. But the actual majority opinion is not as strident or wide ranging as much of the commentary would suggest. Before opining on this decision, people should read more than just Neil Gorsuch’s concurrence.