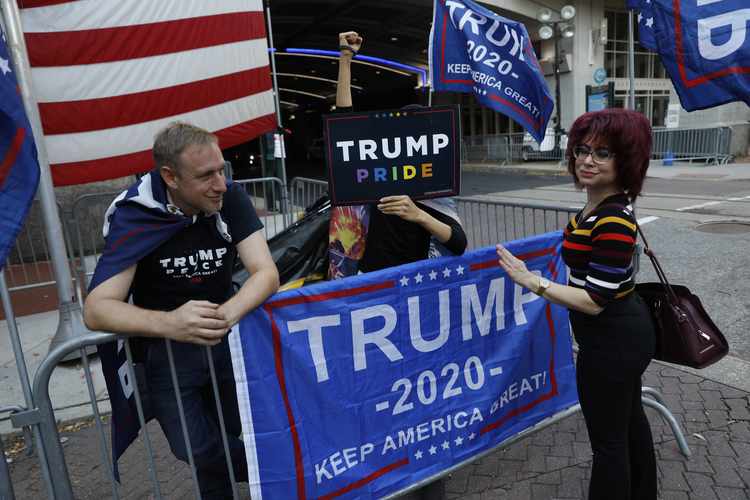 Think back to one year ago this month. America was at peace. American troops were coming home from the hotspots around the world. Incomes and jobs were skyrocketing, and Americans had made more wage and salary gains in three years under President Donald Trump than in the previous 16 years under Presidents George Bush and Barack Obama. The swamp was being drained.

Trump was not much off the mark when he boasted to Lesley Stahl of “60 Minutes” that we had the best economy EVER at the start of 2020.

The Trump pivot from the anemic growth of the Obama years was remarkable and almost instantaneous. By the end of 2019, poverty, unemployment, inflation and interest rates had fallen to their lowest levels in half a century. Wages and household incomes had risen to their highest levels ever recorded in American history — for every race, ethnicity and gender.

In short, Trump was sailing toward a 40-state reelection landslide running on the traditional election-winning themes of peace and prosperity. A chicken in every pot.

The picture was so beautiful and the skies alight with such warm sunshine that I remember thinking at the start of this year: This is all TOO good. Something ominous would happen. A meteor or an earthquake or some other act of nature would jolt the earth off its axis. An act of terrorism would disrupt the calm and peace. China would start World War III.

I was right. But who would have ever expected the black swan to be a once-in-a century killer pandemic?
History will judge how Trump has handled the virus. The jury is still out. If an effective vaccine is introduced in the next few months, he might be regarded by the history books as a hero.

That would be ironic, because the virus cost him the election. It wasn't Joe Biden or Nancy Pelosi or Vladimir Putin or CNN or The New York Times or even his own antics. It was a microscopic contagious bug. COVID-19 derailed the locomotive of growth that was the commanding argument for four more years. And even WITH the virus, Trump commandeered a spectacular and improbable V-shaped rebound. This could be the first election since 1968 when it wasn't “the economy, stupid.”

The virus wasn't an act of China. It was an act of God. He might as well have been struck down by a thunderbolt from heaven. Pride cometh before the fall.

Trump's legacy will be that he taught us, once again, that enduring lesson that free market policies are the surest path to prosperity. Trump's economic strategy has been RESOUNDINGLY vindicated by actual, real-world results. Joe Biden is threatening to undo almost all of Trump's policies. He wants more rules and regulations, more taxes, more debt spending, more climate change hysteria. That would be profoundly unwise.

As economist and fellow Trump adviser Arthur Laffer likes to say: “If you reverse the policies, don't be surprised if you get the opposite result.” In this case, that would be a poorer country. I pray that doesn't happen, but if it does, voters may more fully appreciate what Trump has done for the country.

Stephen Moore is co-founder of the Committee to Unleash Prosperity and a member of President Trump’s Economic Recovery Task Force.