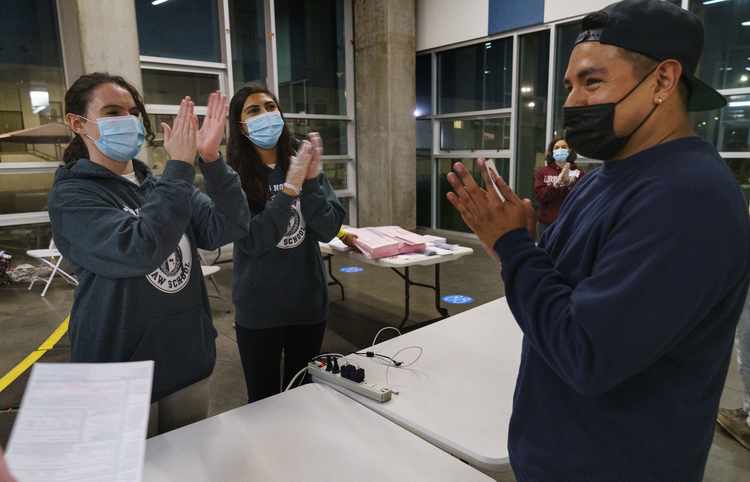 In the lead-up to this election, voter turnout was often cast as a partisan issue, on par with gun control and the merits of face masks. In fact, both parties benefit from increased turnout. Even in a losing effort, the Trump campaign gained more than seven million new voters since 2016. More important than the zero-sum contest between the parties, expanding turnout means that more citizens now have a say and a stake in our democracy.

Perhaps the largest gain for democracy was youth turnout. Based on preliminary data, youth turnout may hit as high as 56% when all votes are counted—up from 44% (at most) in 2016. While every vote counts in a close election, the youth vote was decisive in 2020, with Biden gaining the support of 61% of people aged 18 to 29.

Blue or red, urban or rural, young voters will grow up. And, once engaged in our democratic process, they are likely to continue being active.

Casting a ballot was not just a spur-of-the-moment decision for America’s youth; it was months and years in the making. In 2017, students in the Big Ten launched “The Big Ten Voting Challenge,” spurring more than 15,000 students to register to vote. The Ivy League soon followed: In 2018, Harvard University challenged Yale University in a race to register student voters and secure their pledge to vote in the midterm elections. (Harvard won and Yale gracefully conceded.)

Every Vote Counts, a student-led civic engagement organization, grew its presence from one to 50 campuses across the country over the last four years, as its message of student involvement in civic leadership spread like wildfire. Last month, over 100 student body presidents from more than 240 colleges and universities—representing nearly five million students—sent a letter to 1,000 CEOs of America’s largest companies, urging them to make “time off to vote” a top priority by providing their U.S. employees with two hours of paid leave to vote on Election Day.

And it’s not just college: Earlier this year, students from local high schools in Houston joined with six Houston-area universities to hold the Houston Youth Voters Conference, which delivers webinars on voter suppression and other issues.

These efforts worked. The Florida precinct where the University of Central Florida is located, for instance, saw 100% turnout.

Americans of all ages need to recognize and harness this groundswell of democratic participation among our nation’s youth. Applauding the election of Republicans down-ballot while questioning the same ballots that elected a Democratic president, as Senate Majority Leader Mitch McConnell recently did, is not likely to build credibility with the nation’s new “small-d” democrats.

While it is tempting to dismiss young voters as indebted leftists looking to tear down the system, the turnout story shows the opposite. While every cohort has its extremes, many simply want comity, competence, and compromise. Nearly three-quarters of young people—Democrats and Republicans—believe we can work together to achieve important goals. Less invested in partisan rancor, young voters have the opportunity to become the grown-ups in the room.

Democracy’s work is never done. Youth turnout must be accompanied by civic education—on Election Day and every single day of the year. From gerrymandering to the proper role of the executive branch, young Americans need to understand the ins-and-outs of American democracy. According to the Education Week Research Center, fewer than one in three colleges or universities offer stand-alone civics courses. It’s no surprise, then, that barely one-quarter of Americans (of all ages) can name all three branches of government.

As young voters age, their responsibility is to build on the momentum of 2020. They remain a rich target demographic for both parties—nearly half of voting-eligible young people did not cast a ballot this election cycle—but their patriotic duty is to be engaged and informed.

America’s youth is the future. Beyond 2020, we all need to keep acting like it.

Katelyn Schwartz is a senior at Kenyon College in Gambier, Ohio, serving as the founder and president of Every Vote Counts Kenyon Chapter.

Daphne Flores is a senior at Rice University and president of Civic Duty Rice, an Every Vote Counts partner.